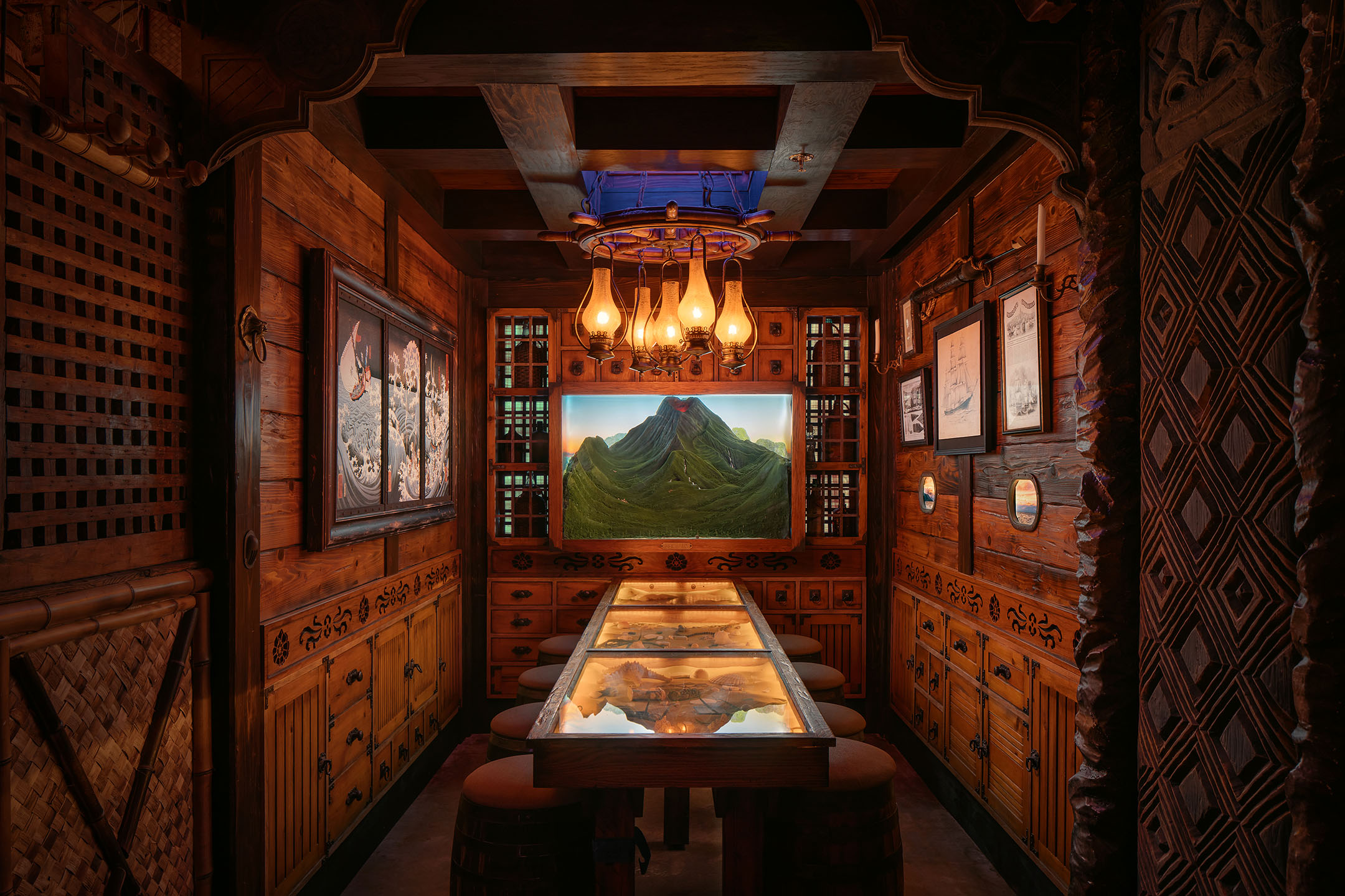 Our first conversation with longtime client Tatsu Aikawa about a next-level tiki bar (with a Tatsu-Ya twist) took place somewhere around 2012. The fact that it took Tiki Tatsu-Ya nearly a decade to open its doors is a testament that good things take time.

When the Tatsu-Ya team was ready to hit the ground running in 2018, we dove into tiki culture with them. The goal was to create a tiki bar like no one had ever seen while keeping its authenticity in check.

To create an immersive reality, we opted to close in the space, so there’s no connection to the outside. The Tatsu-Ya crew created a back story that’s a throughline – you can see it in the model ship and the island diorama, it’s in a carefully-illustrated map on the wall and on the menus, it’s in the story you can hear told in the restrooms. There are video projections, infrared triggers, cave formations – and when you order certain drinks, light, video, and sound come to life that you can feel reverberating through the banquettes. Nearly everything in the space is either custom-made, carved by hand, or a collected tiki artifact – from the furniture to the stir sticks and tiki mugs and the totems and skulls carved into the walls.

Pro tip: the two bars are first-come, first-served – if you can’t get a reservation, try going early or late-night – they’re open until midnight most days and until 2AM on weekends. 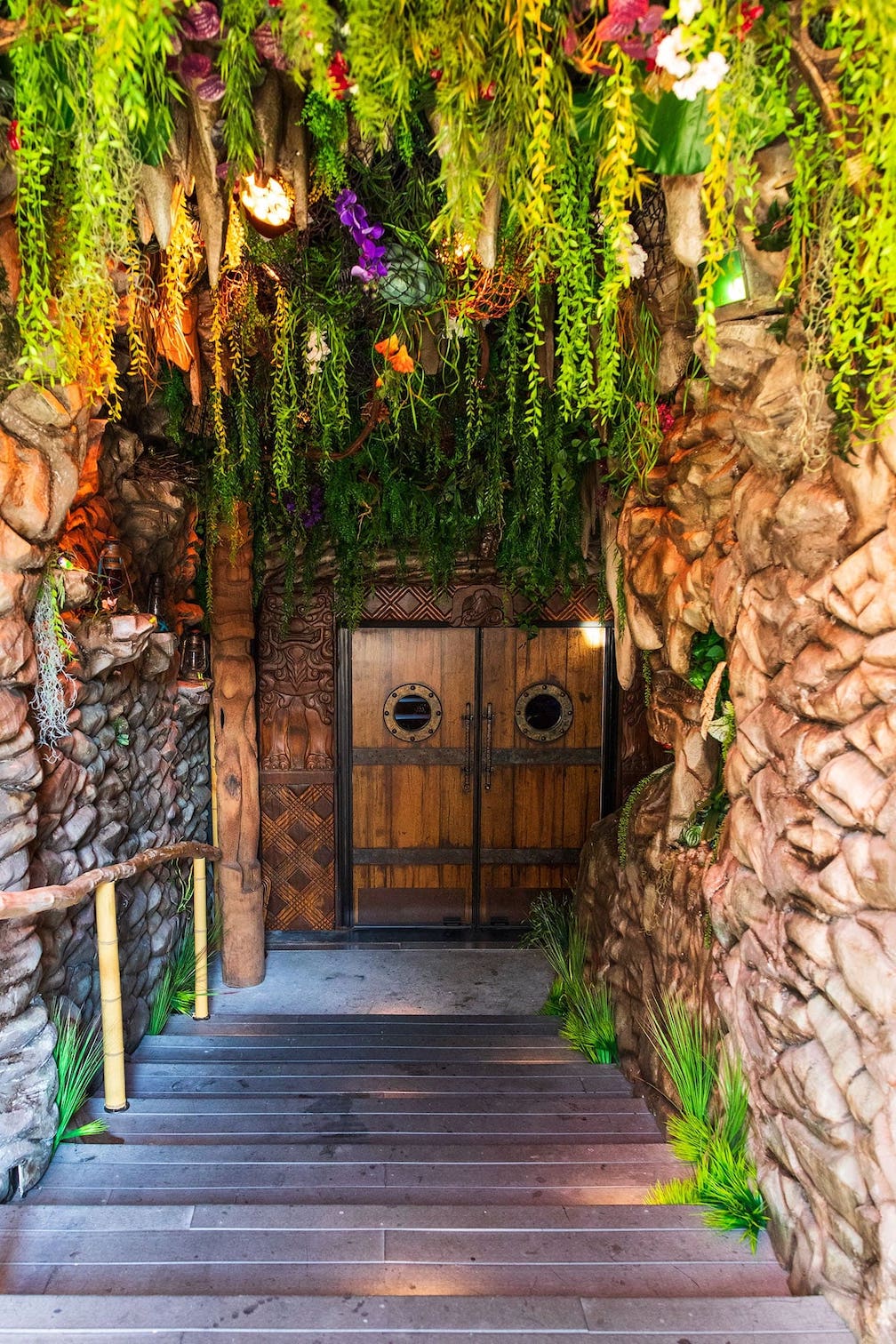 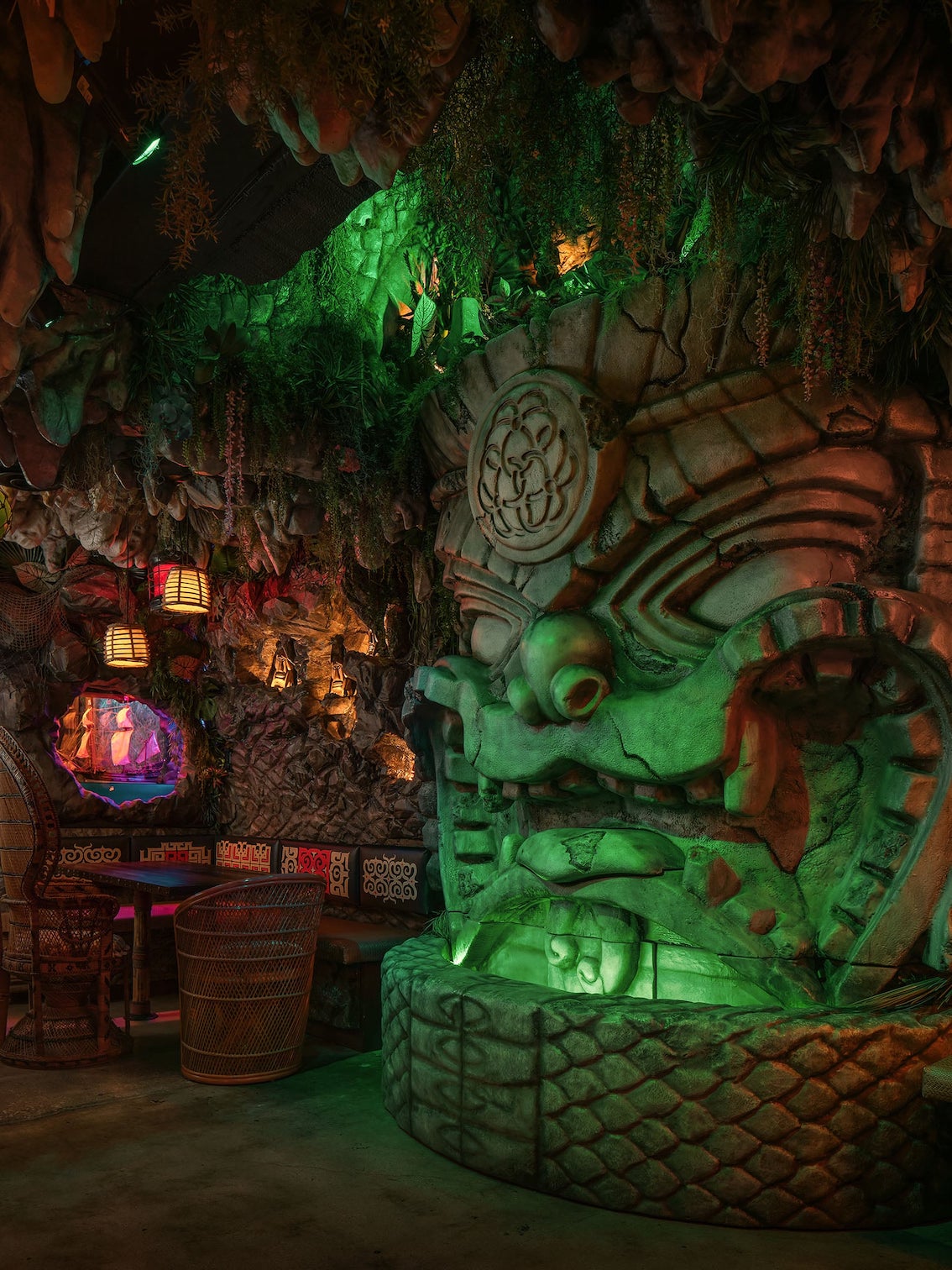 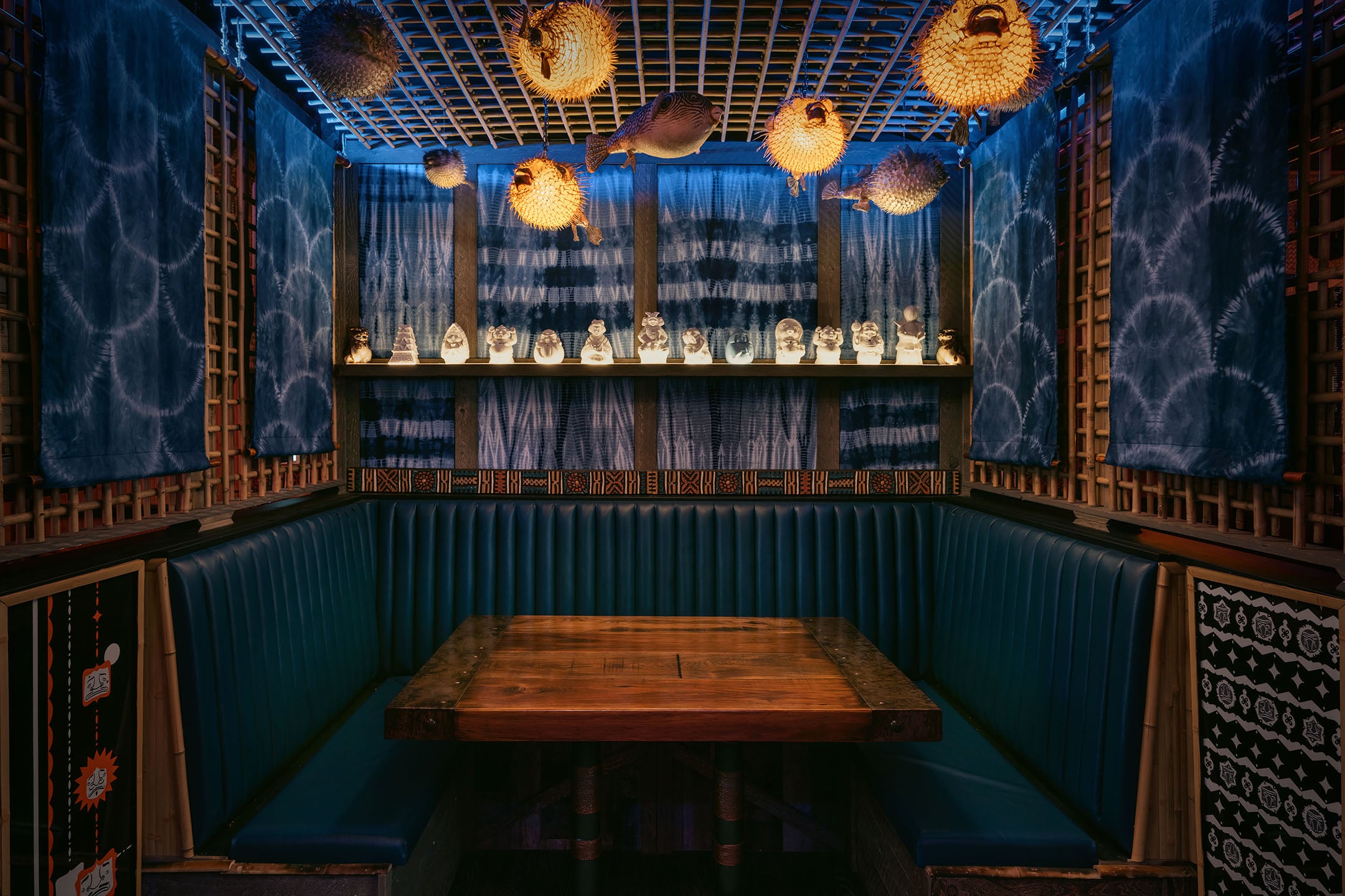 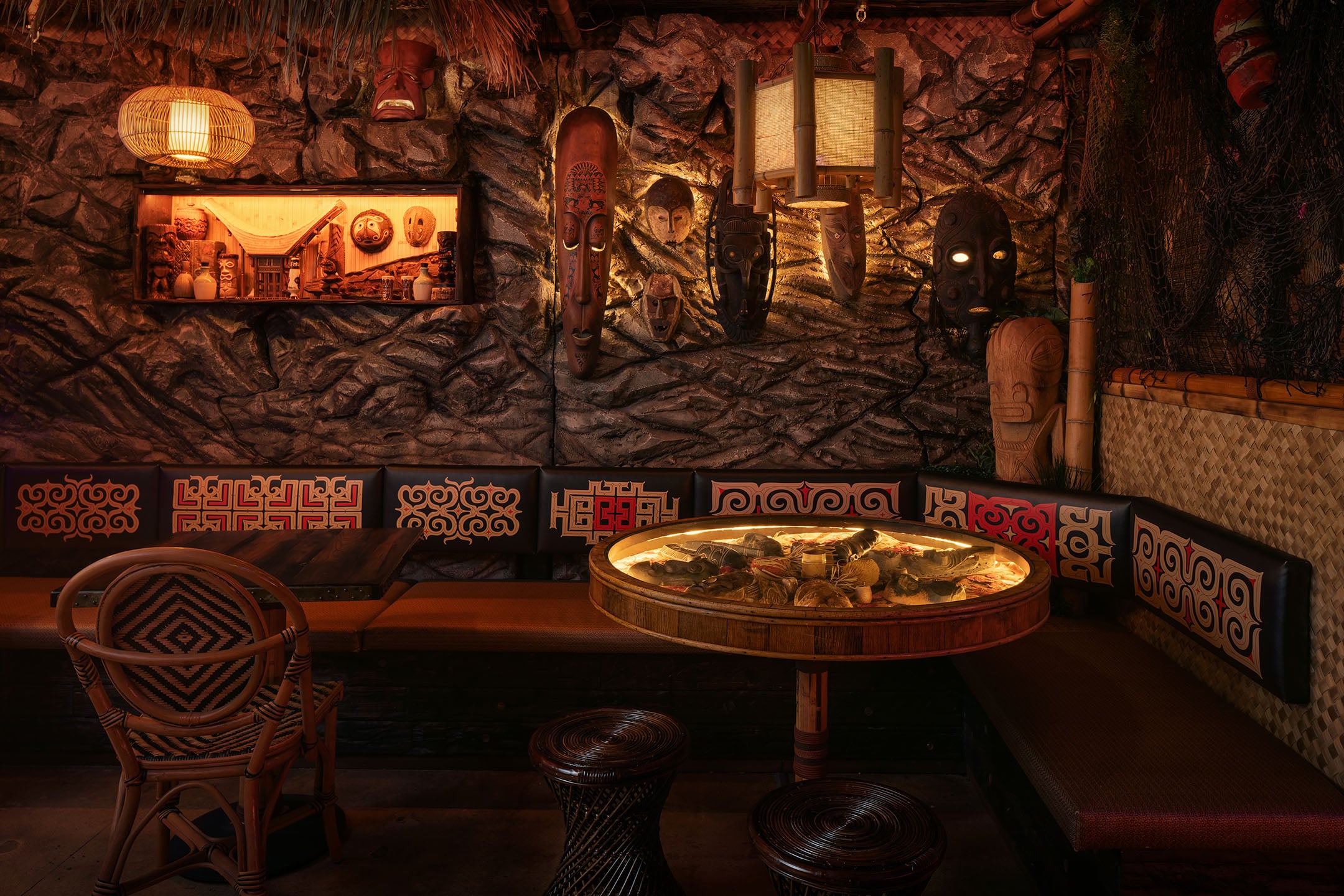 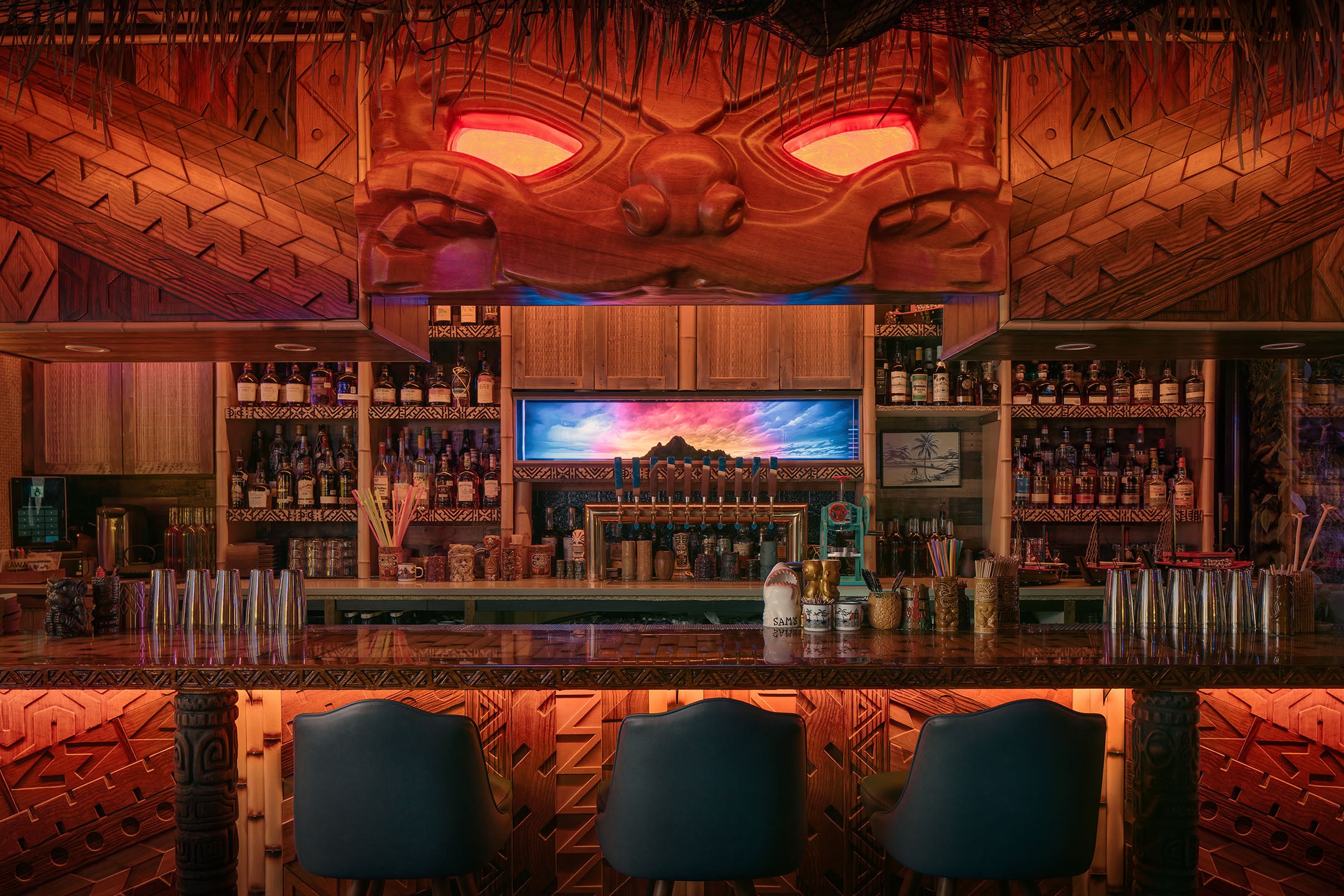 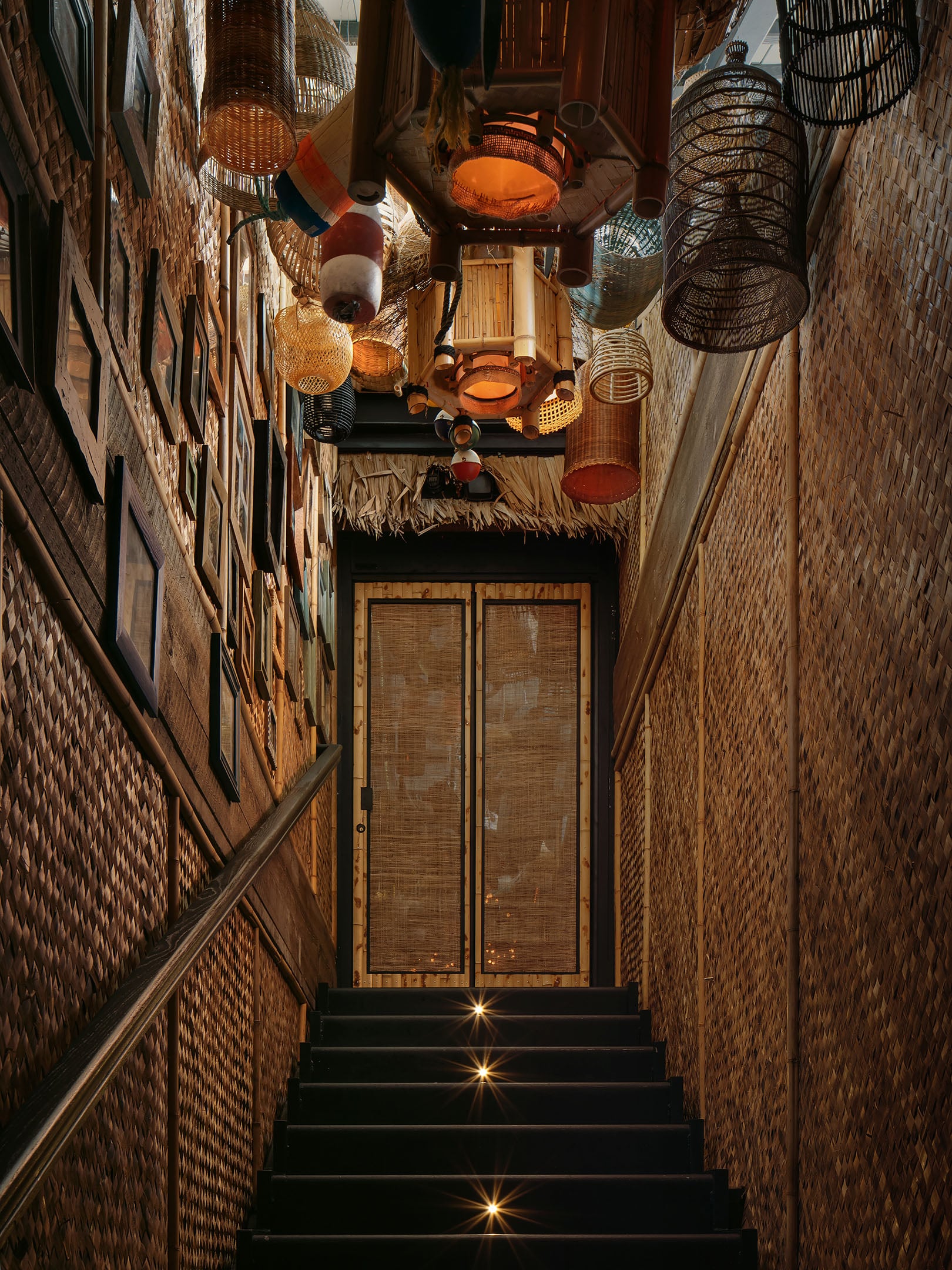 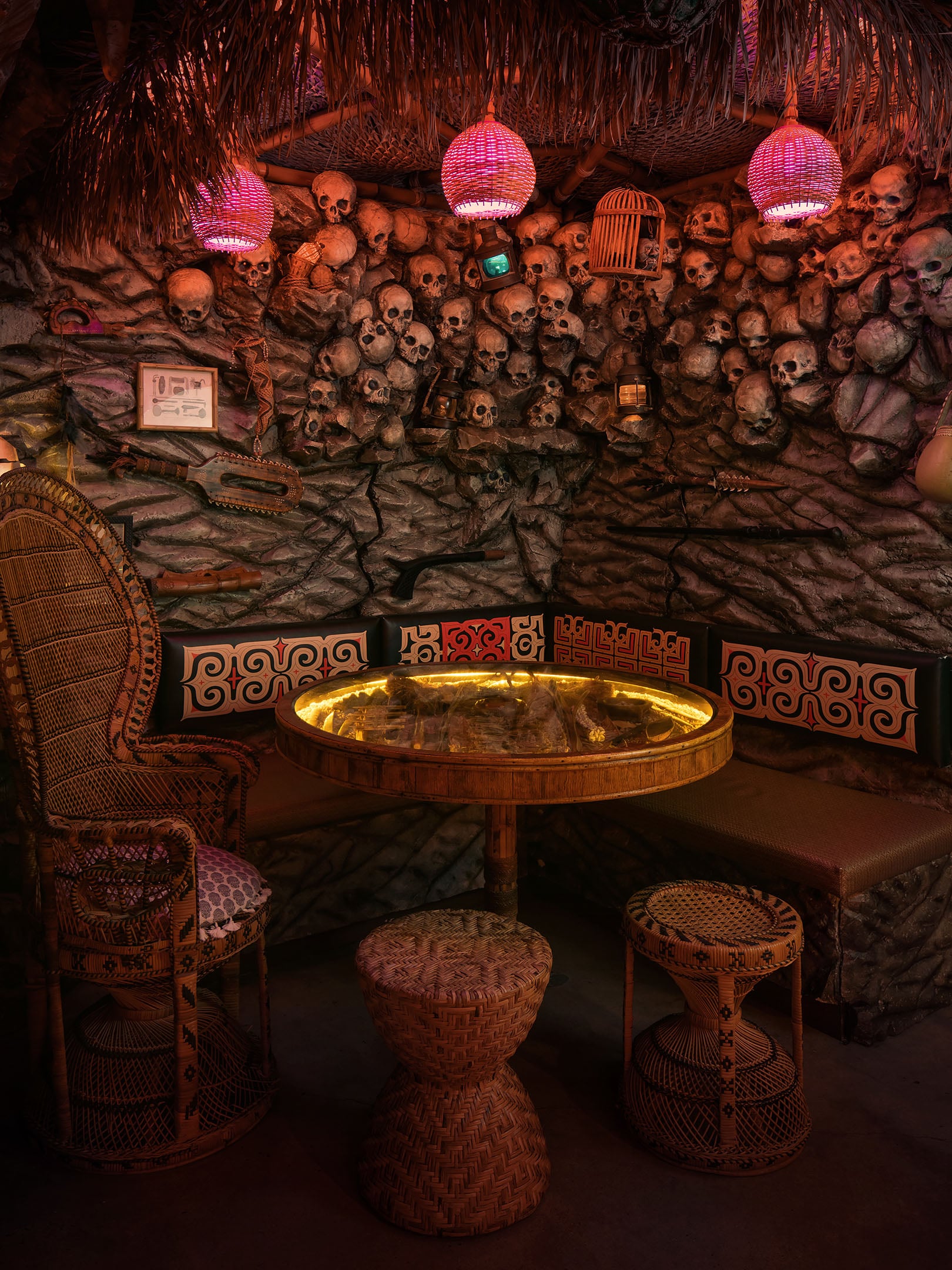 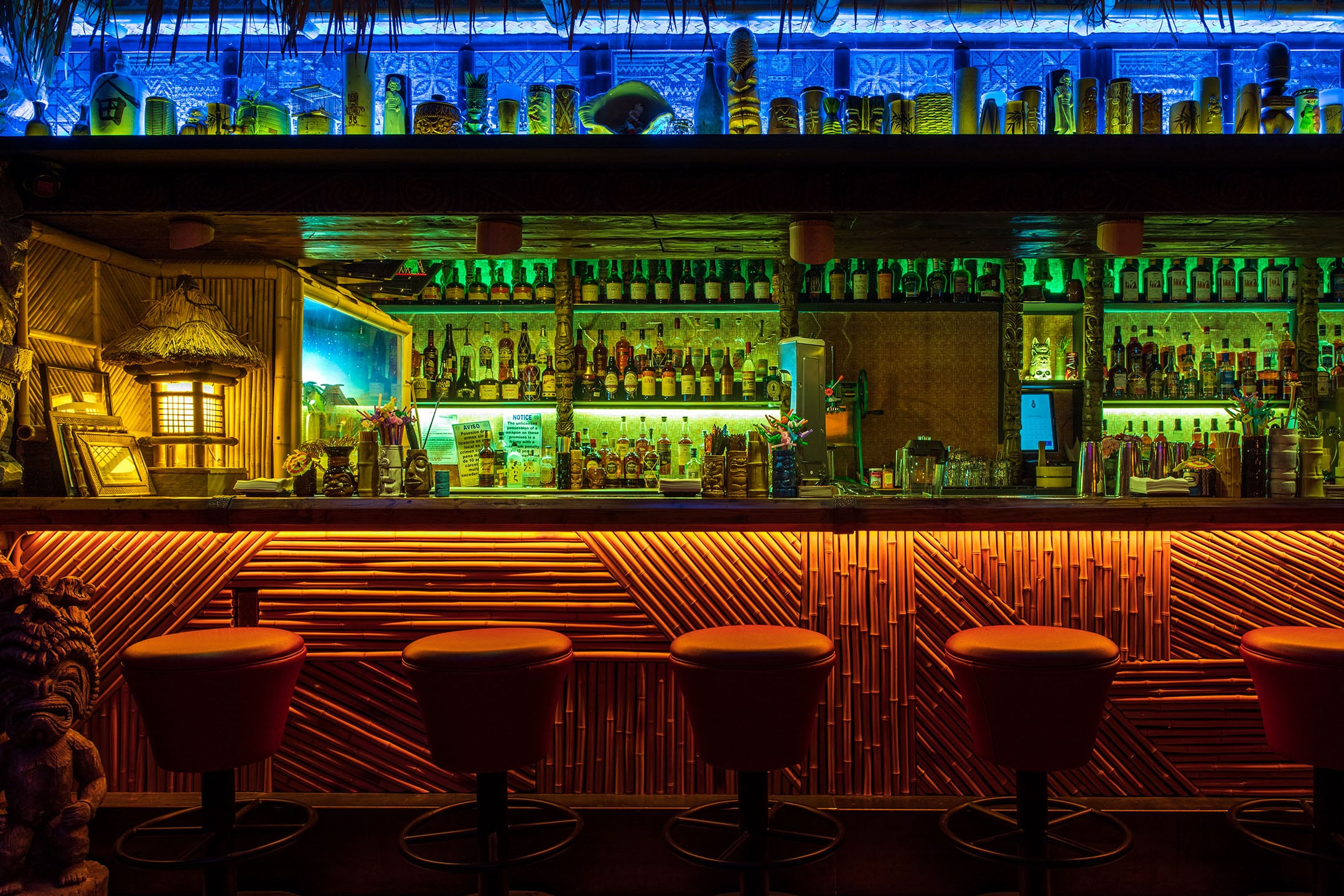 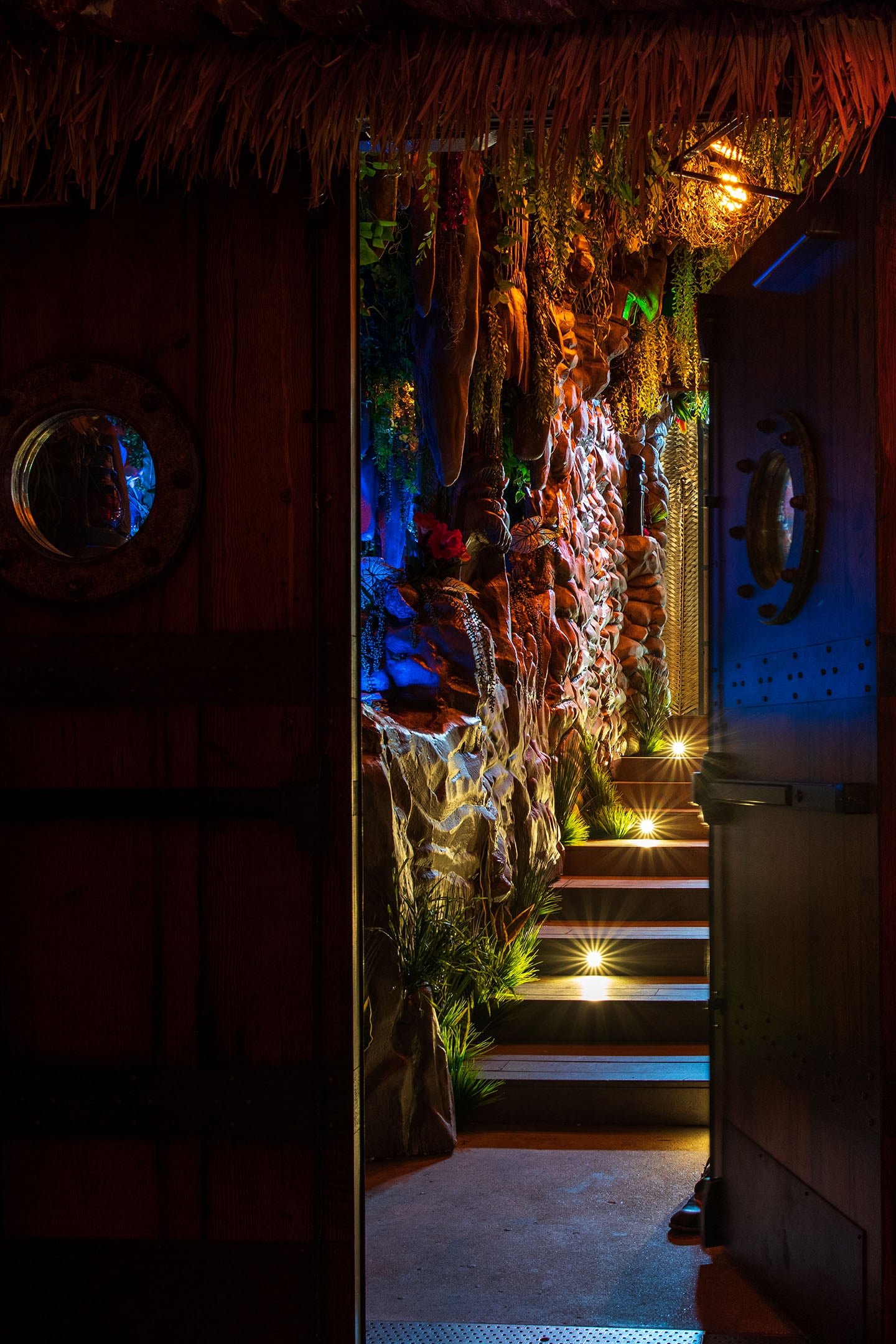 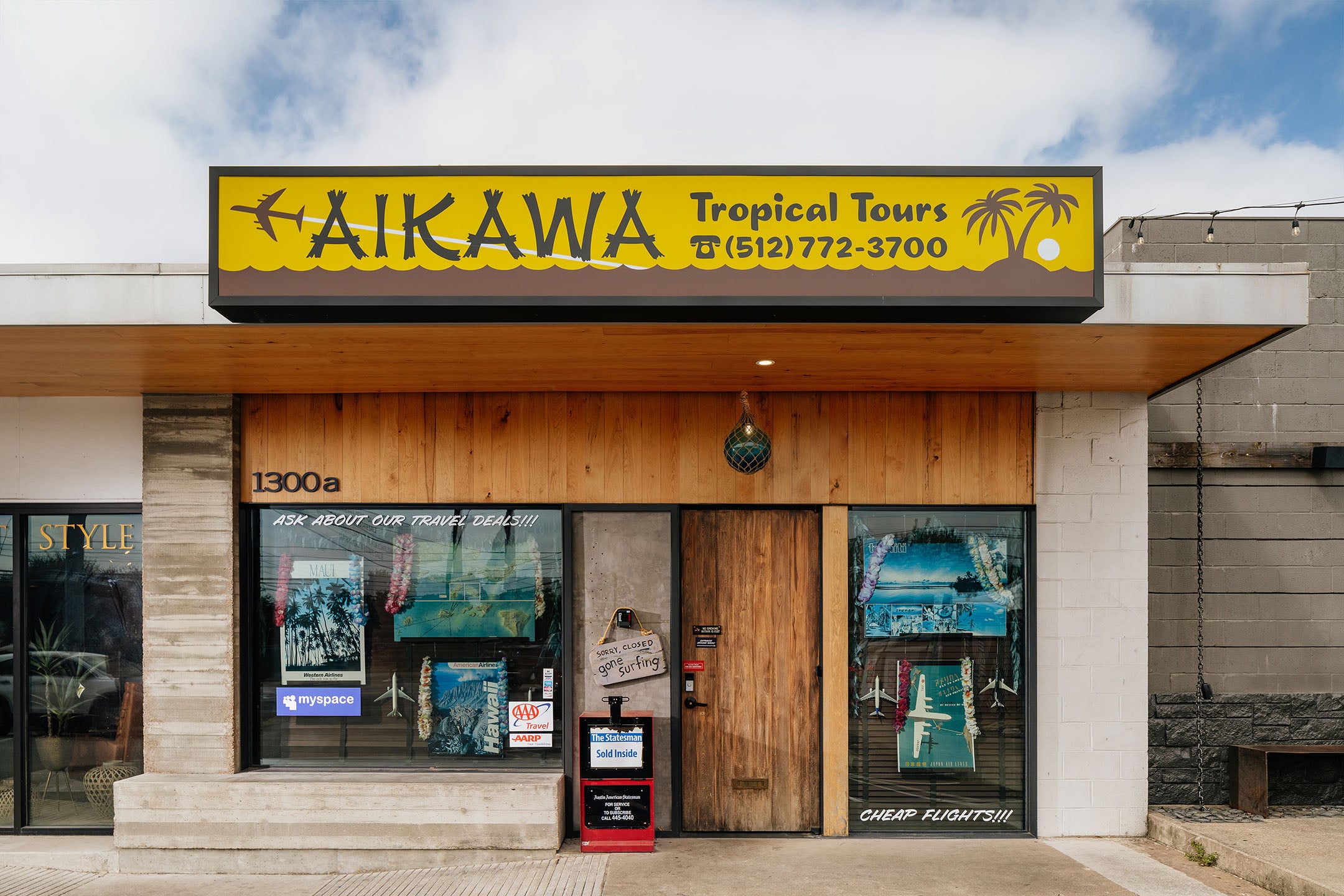 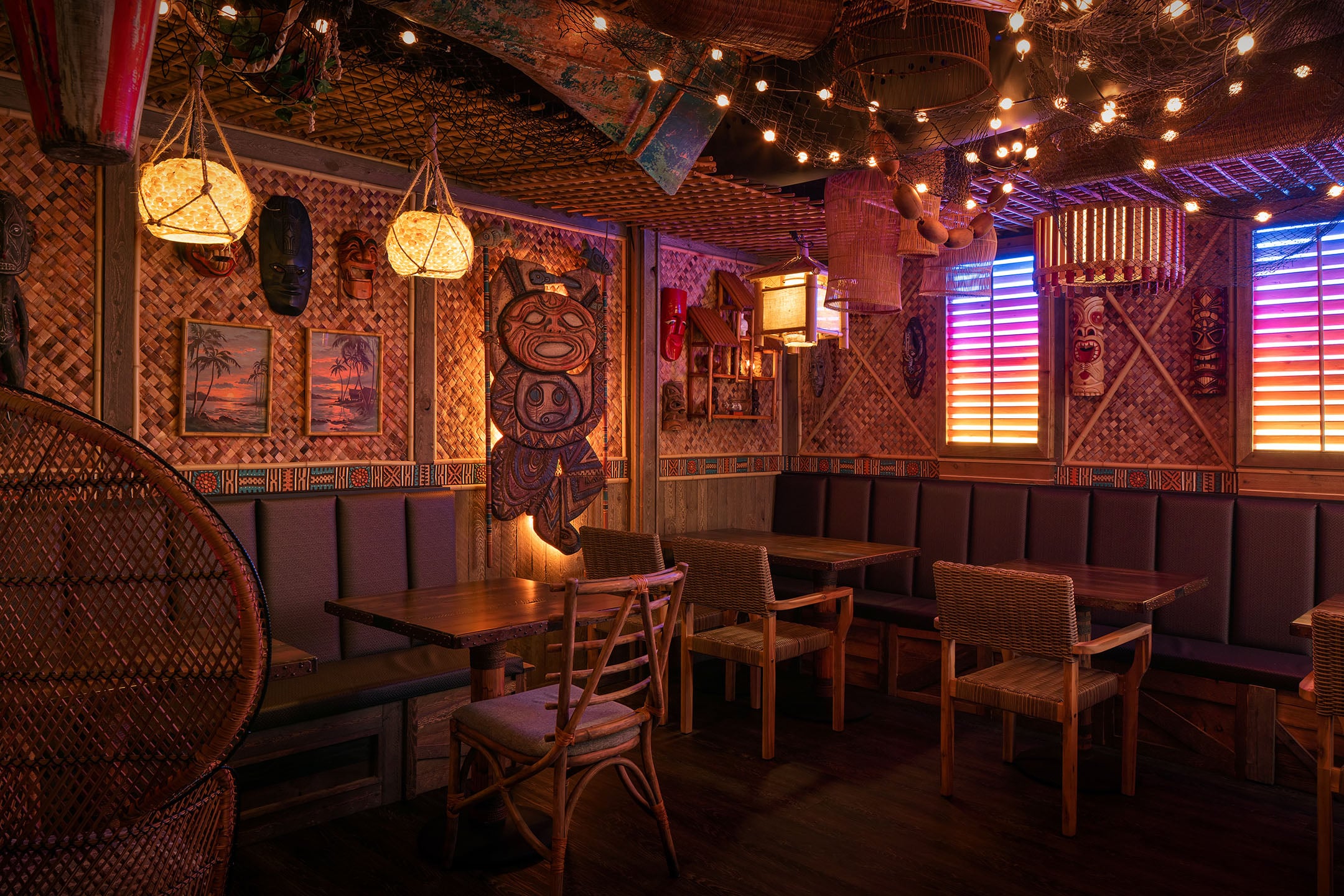 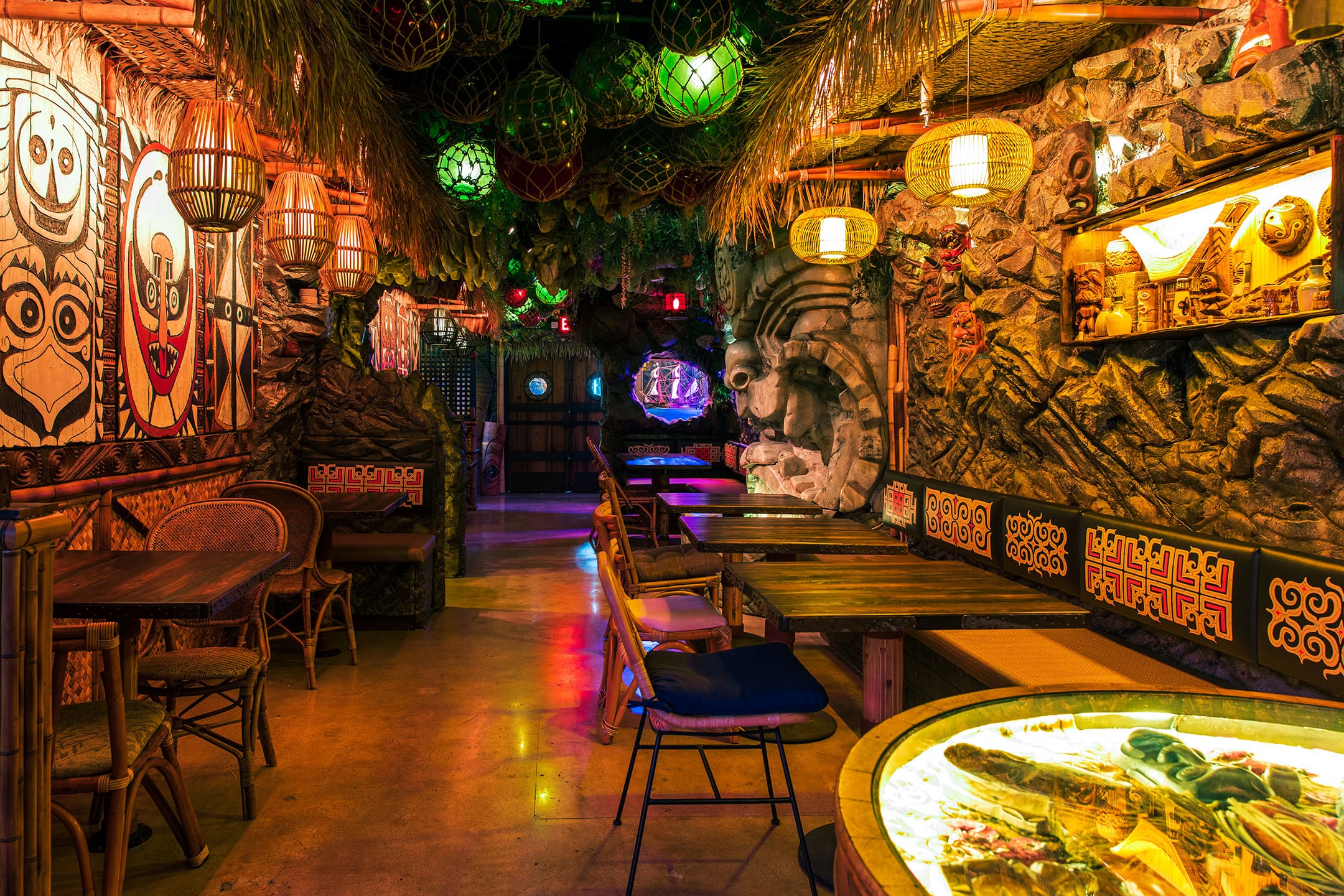 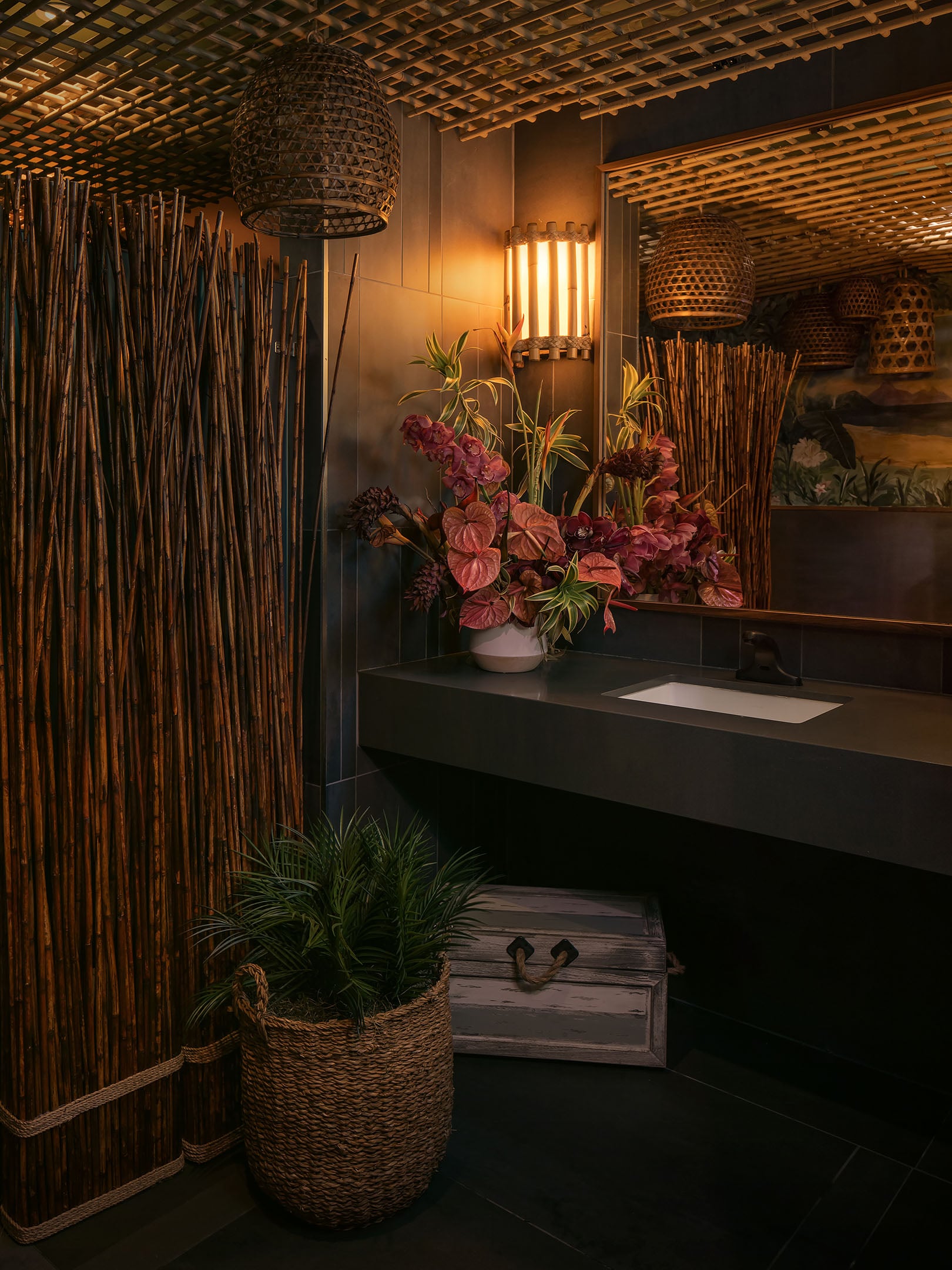 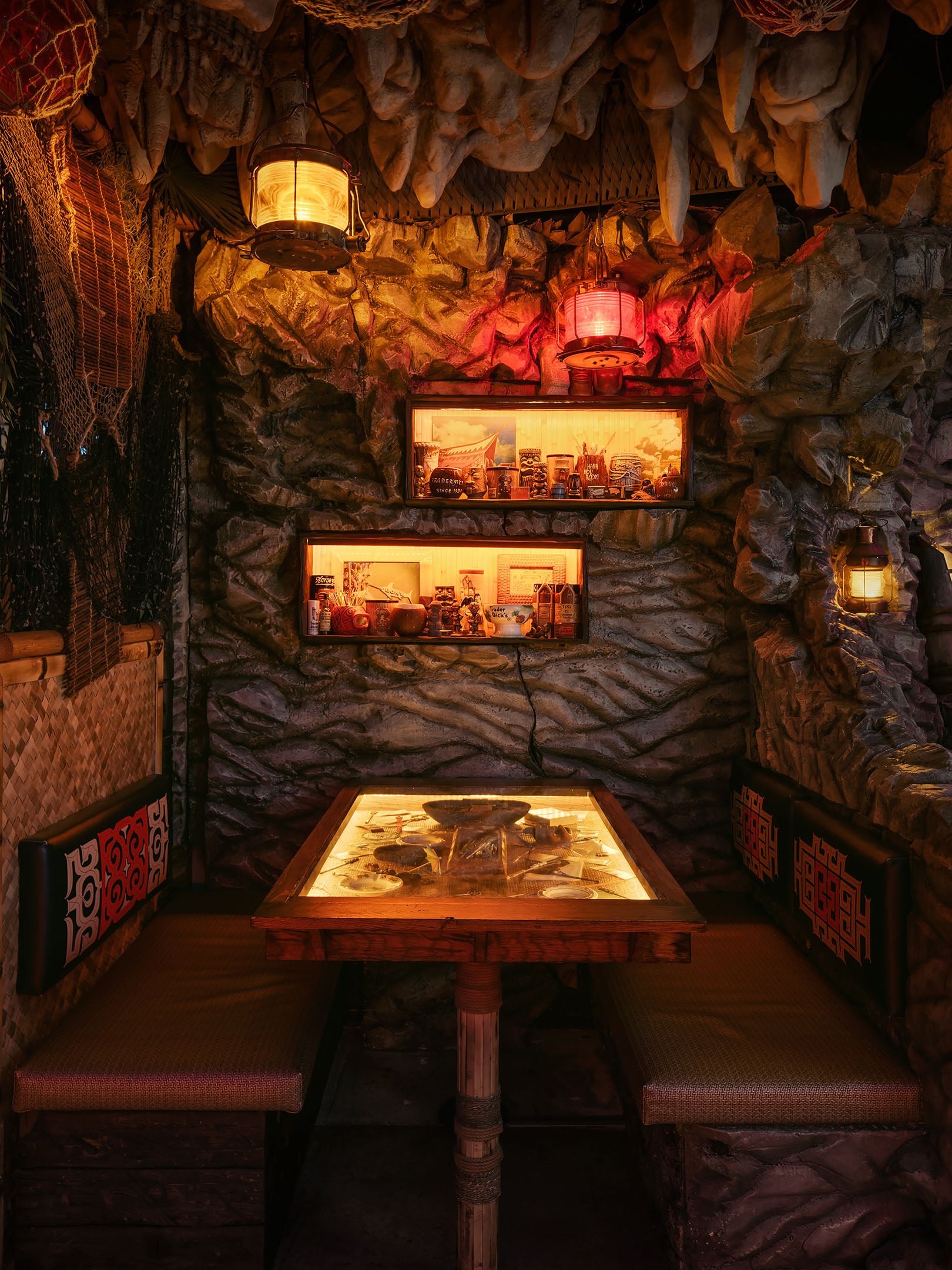 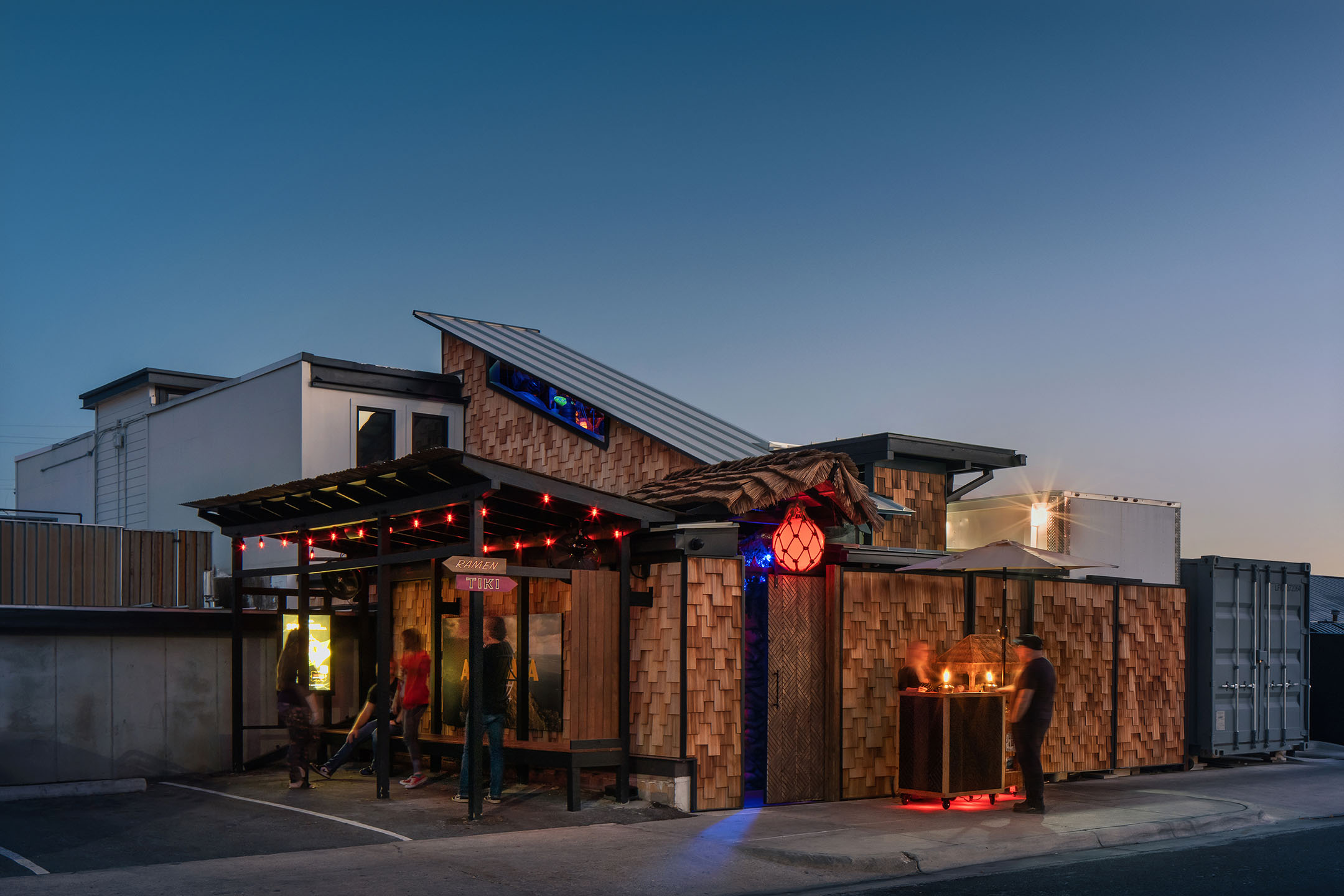